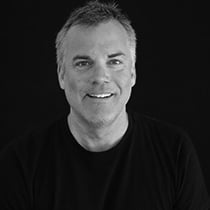 Implementing a non-compete agreement in your financial advisory business is essential in protecting its confidential information and preventing unfair competition should an employee leave your business. Having well-drafted non-competition agreements can also help with employee retention and reassure your executive team and potential investors.

Courts often look at whether the employee received anything of value, or consideration, in return for signing. For new hires, your advisory firm's willingness to employ the individual could be considered the value exchanged for his or her agreement to not compete.

What if you ask an existing employee to sign a non-compete agreement? This is where consideration gets tricky because the employee has already received the value of being employed by you. In order to be enforceable, you'll need to provide additional consideration which might be a raise, promotion, or increased benefits which he or she was not previously entitled to.

2. Duration: Is the length of the agreement reasonable?

While you may prefer that previous employees never become competitors, take care not to overreach. Courts will look at the duration of the non-compete agreement along with other provisions. For example, if the agreement is intended to protect information, consider how long that information will have value and need to be protected? This is known as "protectable interest." Courts will examine protectable interest and time restrictions to determine if the duration is reasonable. If your non-compete agreement's duration extends far beyond your protectable interest, it could be deemed unreasonable, and thus, unenforceable.

While reasonableness does vary, six months to two years is a common range.

3. Definition: Do You Have a Legitimate Interest to Protect?

Since the courts will compare your protectable interest in conjunction with other factors such as the duration of the agreement, it's crucial that you understand exactly what you are trying to protect and then use that to further drill down into the reasonableness of your agreement.

For example, does the employee have knowledge that is unique and confidential to your practice or is it general knowledge to the financial services industry? There's a difference between an advisor with access to your database of high net worth clients and a sales person who cold calls clients using a public database.

Courts will also look at:

Likewise, does the agreement prevent the individual from performing work that's quite different from the position he or she previously held at your firm?

4. Location: Is the Territory Appropriate?

Next, consider the geographic scope of your agreement because courts will look at this, too. Is the non-compete agreement restricting the employee from taking a similar position in your local service area or state, or is its scope nationwide? If you run a small financial advisory practice in a single city, a broad geographic scope would likely be considered unreasonable since your firm's business is limited to a specific region.

5. Other Details: Does Your Non-Compete Agreement Contain Independent Covenant Provisions or Assignment Provisions?

You'll also want to include a provision that allows you to assign the agreement should you later sell your financial advisory firm or enter into some other partnership. Some jurisdictions require the employee's consent to an assignment when the business and its assets are sold, so including an assignment provision will help ensure that future owners can enforce the non-compete agreement. Make sure your non-compete agreement expressly permits you to assign the agreement and provides for affiliates to become third party-beneficiaries.

When it comes to drafting a non-compete agreement, the overarching consideration is whether it is reasonable. However, you'll also want to ensure that something of value is offered in consideration, that your interests are protectable, and that a single breach won't render the entire agreement invalid.

Taking the time to consider these crucial points can help you to draft a reasonable, enforceable non-compete agreement that protects your interests, doesn't overreach its bounds, and preserves the agreement should ownership change in the future.

You May Also Be Interested In Reading: How To Write a Retention Plan

These Stories on Practice Management

How Financial Advisors Can Become Their Own Wealthiest Client

What Wealth Management Firms Can Learn From Auto Racing Teams

An Action Plan is Vital to a Successful Emergency Continuity Vault